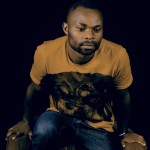 The Cross River State Commissioner for Culture & Tourism Development, Hon. Eric Anderson has redeemed part of the Half a Million Naira (N500,000) support for sick artiste, Kizzkid who is down with throat cancer and in need of N1.6 Million Naira for surgery.

Mr Anderson was moved to make the announcement on Sunday, July 25, 2021 during the Cross River Artistes Forum monthly Sunday Splash, when the chairman of the association,Orok Duke a.k.a G Kross called for a fund raise to assist the sick artiste who is one of them.

Barely three days after the announcement, the pledge was redeemed to the glory of God and the admiration of hundreds who witnessed the occasion, who have rained prayers on Mr Anderson.

So far, almost half of the needed amount has been raised, G Kross revealed in a chat with our correspondent in Calabar. Asides being the chairman, he said he has a song featuring Kizzkid, which makes him emotional and has motivated him to take his health personally.

He called on other well meaning Cross Riverians to emulate the gesture by Commissioner Anderson, following the path of the 1k Campaign launched by the Special Assistant to Governor on Entertainment, Effiom Trombone, appealing to 1,000 Cross Riverians to donate N1,000 each, which will amount to one million naira.